Swedish startup Einride has rejigged the big rig for highways around the world.

The autonomous truck maker launched the next generation of its cab-less autonomous truck, known as the Pod, with new, advanced functionality and pricing. The AI vehicles, which will be commercially available worldwide, will be powered by the latest in high-performance, energy-efficient compute — NVIDIA DRIVE AGX Orin.

These scalable self-driving haulers will begin to hit the road in 2023, with a variety of models available to customers around the world.

Autonomous trucks are always learning, taking in vast amounts of data to navigate the unpredictability of the real world, from highways to crowded ports. This rapid processing requires centralized, high-performance AI compute.

With the power of AI, these vehicles can easily rise to the demands of the trucking industry. The vehicles can operate 24 hours a day, improving delivery times. And, with increased efficiency, they can slash the annual cost of logistics in the U.S. by 45 percent, according to experts at McKinsey.

Einride’s autonomous pods and trucks are built for every type of route. They can automate short, routine trips like the loading and unloading of containers on cargo ships and managing port operations, as well as autonomously drive on the highway, dramatically streamlining the shipping and logistics.

A New Pod Joins the Squad

The latest Einride Pod features a refined design that balances sleek features with the practical requirements of wide-scale production.

Its rounded edges give it an aerodynamic shape for greater efficiency and performance, without sacrificing cargo space. The Pod’s lighting system — which includes headlights, tail lights and indicators — provides a signature look while improving visibility for road users.

The cab-less truck comes in a range of variations, depending on use case. The AET 1 (Autonomous Electric Transport) model is purpose-built for closed facilities with dedicated routes — such as a port or loading bay. The AET 2 can handle fenced-in areas as well as short-distance public roads between destinations.

The AET 3 and AET 4 vehicles are designed for fully autonomous operation on backroads and highways, with speeds of up to 45 km per hour.

Einride is currently accepting reservations for AET 1 and AET 2, with others set to ship starting in 2022.

Trucking Ahead with Orin

The Einride Pod is able to achieve its scalability and autonomous functionality by leveraging the next generation in AI compute.

NVIDIA Orin is a system-on-a-chip born out of the data center, consisting of 17 billion transistors and the result of four years of R&D investment. It achieves 200 TOPS — nearly 7x the performance of the previous generation SoC Xavier — and is designed to handle the large number of applications and deep neural networks that run simultaneously in autonomous trucks, while achieving systematic safety standards such as ISO 26262 ASIL-D. 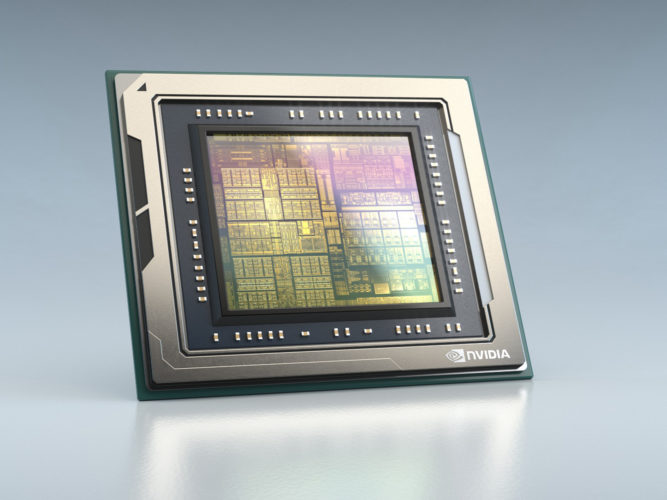 This massive compute capability ensures the Einride Pod is continuously learning, expanding the environments and situations in which it can operate autonomously.